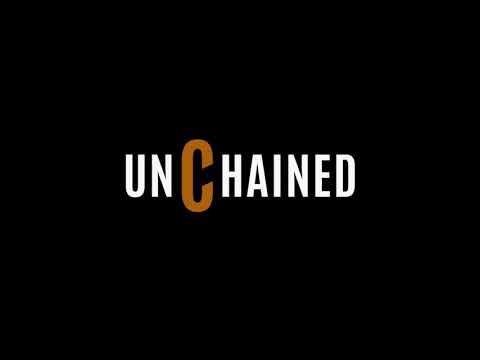 The most influential women in crypto

On International Women's Day, we’d like to give recognition to the incredible women who have made undeniable contributions to the crypto industry, crypto mass adoption, promotion, and development.
Laura Shin - the chief editor for cryptocurrencies and blockchain technologies at Forbes, one of the founders of Forbes Fintech 50. She is also a host of Unchained, a podcast about cryptocurrencies and blockchain.
Nina Nichols - the founder and president of Global Women in Blockchain.
Elizabeth Stark - the co-founder and CEO of Lightning Labs, the company whose main product, Bitcoin Lightning Network, helps crypto users to use payment channels with skyrocketing speed and low fees.
Galia Benartzi - the co-founder of a cryptocurrency exchange Bancor which allows users to exchange crypto without any mediators, on the basis of smart contracts.
Rachel Wolfson - the cryptocurrency and blockchain journalist. Also, she is a host of the well-known “BadCrypto” podcast. She has been motivating lots of women to become a part of the crypto and blockchain sphere.
Tiffany Hayden - the crypto influencer with 76k followers on Twitter, huge XRP (and crypto in general) fan and supporter. Also, she helps professionals and organizations in the finance industry understand blockchain technology in an easy and comprehensive way.
Jennifer Greyson - CEO of AI Blockchain, which uses AI to make financial forecasts using blockchain technology.
Connie Gallippi - the founder of BitGive, a Bitcoin charity organization that empowers donors and organizations to make a positive social impact by bitcoin donations. BitGive is a partner of many charity organizations such as The Water Project, Save the Children, Medic Mobile, and many others.
Joyce Kim - the executive director of Stellar Lumens, one of those cryptocurrencies that are popular to use both within blockchain-focused communities and traditional businesses. Stellar provides the advanced speed of transactions, is customizable and highly accessible. Kim also works as a lawyer for immigrants as well as domestic abuse survivors.
Jinglan Wang - the executive director of the Blockchain Educational Network that helps students all over the world to create and develop their blockchain communities.
Jill Ni - Head of Binance Charity, Binance Charity is a non-profit blockchain-based organization that helps solve social and ecological problems using blockchain technology thus making donating more transparent, secure. Recently, the company has made significant donations to combat coronavirus in China.
Maggie Xu - CEO of Jaxx Liberty, a cryptocurrency platform that empowers people to take control of their digital lives by managing digital assets, including stable coins. All Jaxx products (wallet, in-app exchange, portfolio, markets, news and block explorers) are non-custodial, always free and offer 7-day support to its global user community.
Despite the fact that the number of women in crypto and fintech industries is still lower than that of men, more and more of them are getting involved in the industry and start playing significant roles in blockchain space from one year to another. This tendency wouldn’t come true if there weren’t women who inspire and be role models for other women. We hope that this trend will continue and, in the next decade, we’ll see more women in crypto!

The State of Cryptocurrency Media, According to Laura Shin

In the latest episode of “Balancing the Ledger,” the _Fortune_team turns the tables on Laura Shin, known in the cryptocurrency world for her own probing podcast interviews, for a critical discussion about media coverage of the crypto industry.
One problem, Shin highlighted, is that cryptocurrency-focused media outlets are more prone to “pay to play” schemes, which involve journalists providing positive coverage in exchange for money or gifts. One reason for this, Shin speculates, is the global nature of the blockchain industry, and that many of the writers covering it hail from places where the norms around journalism are different than in the West. (Editor’s note: _Fortune_does not engage in such tactics.)
Shin, who was previously a staff writer for Forbes, notes that it’s not just far-flung crypto outlets that have shown questionable ethics. Mainstream outlets, too, she says, have been irresponsible in feeding the frenzy during cryptocurrency’s bubble phases.
“I just thought, ‘Oh my god, their audience is going to lose so much money. Why are they doing this?'” Shin says.
As for her own fledgling media empire—Shin now runs two podcasts, “Unchained” and “Unconfirmed,” and is building out a live-events business—she has encountered the same challenges as the rest of the media industry, including fears of the monopoly power of the big tech giants.
“What if someday there is the Google of podcast ads, and suddenly they tweak something and my revenue plummets?” Shin says.
Meanwhile, the cryptocurrency industry itself may soon come to provide a new revenue stream for media outlets in the form of crypto micropayments, which would allow entrepreneurs like Shin to collect small contributions from thousands of readers or listeners. Shin worries, however, that such a system could come to resemble Spotify—where a handful of popular artists cash in but the majority only receive scraps. She also noted that her experience putting a “tip jar” on her blog hasn’t been a rousing success—”I’ve made like 42 cents from the tip jar,” she laughs.
While Shin has now done hundreds of interviews in the crypto world, one guest was her all-time favorite: Binance’s CEO, Changpeng Zhao, better known as CZ.
“It was the pleasure of giving somebody a tough question and having them coming right back at you with the strength of their convictions,” Shin says, describing CZ’s defense of his company’s regulatory arbitrage strategy as “interesting and thought-provoking.”
As for the issue of regulation in the United States—namely whether the U.S. Securities and Exchange Commission is stifling innovation in the crypto sector—Shin says she is torn.
“As an American, I’m like, ‘Hey, wait, these teams are actually American, they should be here [but] there’s all this talent leaving…but I’ve also had friends lose money to scammers,” she says. A major court ruling or act of Congress would bring much-needed clarity to the industry, she adds.
For now, Shin remains hard at work on her forthcoming book, which she describes as “the second chapter of crypto history—picking up the story of cryptocurrency following the early days of Bitcoin as chronicled in Nathaniel Popper’s highly regarded Digital Gold.
* More Details Here

Banks ️ Bitcoin. After years of skepticism, JPMorgan sent out its rationale for why Bitcoin could double or triple in a research note sent out to its investors. It also has been reaching out to crypto-native firms in the hopes of enlisting sub-custodians to offer crypto custody. And Michael Del Castillo of Forbes published a thorough look at what may be the real purpose of Binance’s U.S ... In May 2020 CZ told former Forbes staffer Laura Shin that Binance’s headquarters were wherever he was. His answer wasn’t necessarily evasive but presented as a rally cry for blockchain’s ... Laura Shin is a San Francisco, California-based journalist who specializes in the coverage of cryptocurrency, blockchain, financial technology, business innovation, and personal finance. She used to be a senior editor at Forbes, as well as a co-lead reporter of Forbes Fintech 50 list. @cz_binance: @laurashin @LukasBydzovsky @gautamchhugani Neither me to you. It’s just your view of the world seems narrow and binary. “If we are not bitcoin, then we must have a HQ...” No offense, but feels helpless in trying to get this point across. Unchainedpodcast.com Laura Shin and Lightning Labs executive Elizabeth Stark have numbers just above the 100K threshold. Some of the top female CT accounts within or close to the 100K follower ... Laura Shin: Binance seems to have come out of nowhere to become the world’s top crypto to crypto exchange, but in a way it was actually years in the making. Describe how you learned about Bitcoin, started working in the space and eventually came to launch Binance. Chengpeng Zhao: Sure. So I first came across Bitcoin in 2013. I think around Septemberish. That’s when my friend, Bobby Lee ... Laura Shin is a crypto/blockchain journalist and host of the Unchained and Unconfirmed podcasts. Shin is working on a book about the history of the crypto space to be published by PublicAffairs/Hachette. As a former senior editor of Forbes, she was the first mainstream reporter to cover crypto assets full-time. Shin graduated Phi Beta Kappa with Honors from Stanford University and has a master ... Here's how it works. Say a user wants to trade BTC for ETH. First, they would need to trade on an exchange integrated with Arwen. The trader puts their coins up in an escrow account on the Bitcoin ... Laura Shin I’m a crypto/blockchain journalist and host of the Unchained and Unconfirmed podcasts. I’m working on a book about the history of the crypto space to be published by… Changpeng Zhao, chief executive officer of Binance, exploded onto the cryptocurrency scene in 2017 with a new b Leaked ‘Tai Chi’ Document Reveals Binance’s Elaborate Scheme To Evade Bitcoin Regulators - TheBitcoinDesk

++++ ORIGINAL AIRDATE - November 15, 2017 ++++ Days after the SegWit2x fork was called off, Nathaniel Popper, New York Times tech reporter and author of the book Digital Gold: Bitcoin and the ... In einem offenen Brief wendet sich Laura Shin von Forbes an Jamie Dimon und nimmt seine Rede klug auseinander. Ergebnis: Bitcoin ist kein Betrug. Ergebnis: Bitcoin ist kein Betrug. Category Let me introduce you to some of the most influential and talented women in the cryptocurrency space who are working daily to advance blockchain, Bitcoin, and all things crypto ! Social Links Neha ... CoinDesk reporter Anna Baydakova talks to CZ of Binance about the rise of crypto exchanges in Russia and Eastern Europe and where regulation is headed. This is part one of the full interview ... Hi Guys, Some more Basic Skills that we need for using Binance Futures Trading. Remember, ALWAYS PUT STOPLOSS. :) Bingbon Invite Link: https://invite.bingbon... In this podcast, I chat with crypto journalist Laura Shin, producer of the Unchained and Unconfirmed podcasts. In this interview, we talk about how Laura came to be a crypto journalist, why she ... Binance CEO on Getting Hacked, ... Binance CEO Says Bitcoin Mining May Move to Cheaper Places - Duration: 8:34. Bloomberg Markets and Finance 30,965 views. 8:34. Fireside Chat with CZ and Laura ... On the "Unchained" podcast, Laura Shin asked Casares why he doesn't support Bitcoin Cash. His paraphrased response, "Why should I support it when there's Lit... Featuring CZ (Founder and CEO of Binance) and Laura Shin (Journalist and Host of Unconfirmed and Unchained Podcasts.) 7-8 May 2020 – The two-day Ethereal Virtual Summit agenda features 100 ...